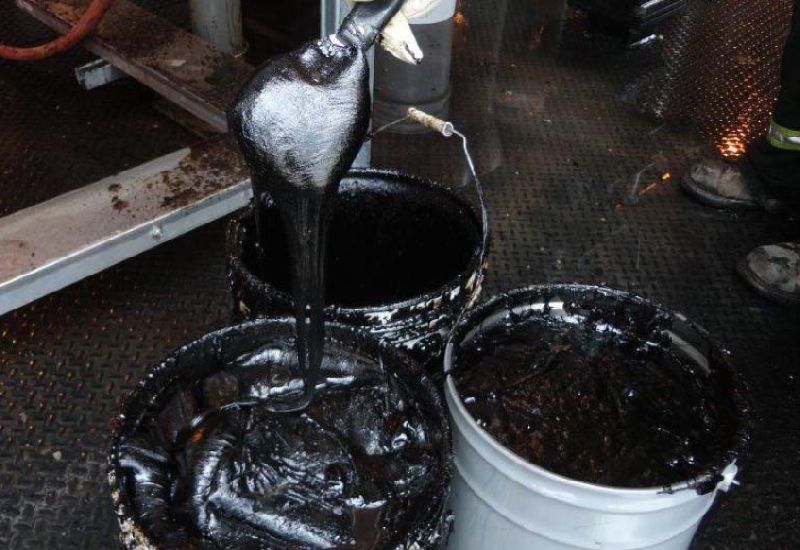 Polymer Modified Bitumen Emulsion (PMBE) is used to improve performance at high temperatures. Production of PMBE is difficult and needs more energy than the production of other categories of bitumen. Depending on the desired viscosity, varying amounts of bitumen are needed for producing PMBE. Normally, 67 to 70 percent of emulsions is bitumen and the performance has been satisfactory. But in PMBE, bitumen comprises 80 percent of the emulsion.
​
PMBE and regular bitumen emulsions are used similarly and they are sensitive to weather and workshop conditions. Their advantage is that their performance is high even under heavy traffic load. Few International standards have been defined for PMBE which is mainly used in road operations with heavy traffic load. This kind of bitumen is being used for paving highways because of its better resistance , otherwise with regular emulsion the asphalt may break soon.

Uses : Bitumen emulsions are often used in road surfacing. But due to their unique specifications, they are also used in the following cases:
Patchwork

Bitumen emulsion is produced more quickly than it is consumed. Therefore, it is necessary to provide storage equipment. Bitumen emulsions need to be stored for months without losing their quality and physical specifications. Storage facilities for bitumen emulsions should not be tall and its horizontal cross-section must be the minimum possible. Emulsions of different ionic emulsifiers should never be mixed together and the storage facilities need to be fully cleaned before a different type of emulsion is stored. These storage tanks should have mixers to avoid agglomeration. Emulsions are very sensitive to freezing and they should not become frozen. A frozen emulsion is by no means reusable and therefore the emulsion storage tanks need to be equipped with heating system. The same principles apply to emulsion tankers and the only difference is that storage lasts longer.

Polymers represent the most important family of bitumen modifiers. Depending on the type of polymer, the specifications of bitumen under different temperatures change. For example, polymers make bitumen resistant to heating cracks. Modifying the bitumen specifications boosts the quality of the product and increases its longevity. As a result, the costs of preservation will decline sharply. The daily growing development of polymers and their diversity have caused widespread research on these materials across the world. SBS is one of the best modifying polymers with both thermoplastic and rubber specifications.
​
The pure bitumen produced in the country can supply the needs of consumers, but in certain cases, the physical specifications of the bitumen may not satisfy the clients. For example, road surfacing under heavy traffic load and under different weather conditions require some additional properties in the bitumen. Under these special circumstances, structural destructions happen more quickly than in natural state in asphalt pavement and that would significantly increase road maintenance costs. Under such circumstances, depending on the conditions, a variety of polymers are used for modifying the mechanical specifications of the bitumen.

The conditions affecting the choice of polymer are as follows :

​
The general specifications of polymer modified bitumen are as follows:

​
Despite its high price, polymer modified bitumen is recommended to be used in the following cases :

A variety of polymers have been used as modifiers of bitumen, but they have their strengths and weaknesses.

A polymer modified bitumen is expected to meet the following conditions to be commercialized :

The polymers widely used for modifying bitumen are SBS, EVA, APP, LOPE, LLDE, HOPE, SBR, SEBS and SIS.
Since most polymers need Colloid Mill for proper mixing with bitumen and the amount of polymer being mixed with bitumen has to be formulated in the lab, lab test are recommended to specify the type and amount of polymer for mixing.
​
In using polymer modified bitumen, it has to be noted that the conditions for using them are to some extent different from pure and regular bitumen.

Therefore, consumers of these products had better take into consideration the recommendations of producers or acquire the necessary knowhow. In order to avoid separation of polymers from the structure of bitumen, the best way would be to shorten the period of preservation of polymer modified bitumen and their storage in tanks equipped with mixer. KB Oil produces bitumen modified with SBS, SBR, crumb rubber, sulfur and EVA.